Older Newborn vs Three Month Old Photo Shoot. Which Should I Choose?

If you’ve started to think about a newborn shoot after your baby has been born, you may find yourself faced with a choice between booking a newborn shoot for an older baby or waiting until your baby is around 3 months old.

Typically, the optimum time for a posed newborn photo shoot is when your baby is less than two weeks old. Firstly, because babies tend to be more settled and sleepy during this time, but also because they often still love being curled up in the foetal position and so are comfortable being placed in those curly newborn poses.

I often hear from new parents who have missed this two-week window and would still like to book a newborn shoot. If their baby is just over two weeks old, and I have availability I may be able to book them in for a posed newborn shoot. More often than not though I often don’t have immediate availability or their baby may be older. In these cases I offer the option of a lifestyle newborn photo shoot at home, or waiting until their baby is 3 months old.

In this article I’m going to explain what you can expect from a photo shoot with an older newborn baby, and one with a three month old baby, and how you can decide which one is best for you.

Related article: My Baby Is More Than Two Weeks Old. Is It Too Late For Newborn Photos?

Will it be too late to have a newborn photo shoot after lockdown?

If you're reading this article because your baby was born just before or during lockdown, you may find this new article helpful:

What Happens In A Lifestyle Shoot With An Older Newborn Baby?

A lifestyle photo shoot with your older newborn baby will more often than not take place in your own home. Your baby won’t usually be posed in the way that they are in posed newborn photography, but instead the shoot will focus on your baby within their home environment, and capturing the rest of the family’s connection with the new baby.

This video, from a recent at-home shoot with a four week old baby shows you the kind of photographs you can expect to see from a lifestyle session with an older newborn baby.

What Happens In A Photo Shoot With A Three Month Old Baby?

At around three months of age, babies can typically hold their heads steady themselves, are smiling and have become more expressive. They may also be able to push themselves on their hands up for short periods during tummy time.

All of these new abilities mean that your baby can engage with the photographer more, and there will likely be more variety in the photographs.

At this age, it can also be nice to spend part of the shoot at home, and part outdoors – either in your garden or a local outdoor space. This can be a particularly good option if you have older children as it gives them a chance to stretch their legs too.

You can see an example of a shoot with a three month old baby here.

Older Newborn vs Three Month Old Photo Shoot. Which is Best For You?

Now that we’ve looked at the differences between a lifestyle photo shoot with an older baby, and one at three months old how do you decide which is best for you?

The answer is going to be different for each family, and so there is no right or wrong answer here. But I understand that it can be difficult to decide. When your baby is just a few weeks old it can be difficult to imagine how they will change over the next month or two, and you may feel torn between capturing them as a newborn, or waiting until three months.

If you’re having difficulty deciding, these three considerations might help you with your decision:

1. Do you think you’ll have another photo shoot during your baby’s first year?

Some families who have a newborn shoot opt to have a second shoot at around 6-10 months, when their baby can sit unaided but isn’t yet crawling. Whilst your baby will have changed significantly from the 3 month mark by then, photographs of your baby at 3 months will likely be more similar to those 6-10 photographs than newborn photographs will be. After 6-10 months some families choose to have a third shoot when their baby reaches their first birthday.

So if you think you might have a second, or even third shoot later in the year I suggest choosing a newborn shoot now as you’ll have a more complete record of your baby’s first year.

2. Is your house ready for a photo shoot right now?

Sometimes families have just moved house, are mid-renovation or haven’t quite finished setting up the nursery when their baby arrives. When my daughter was born, all three of these applied to us and her nursery wasn’t ready until she was six months old!

Since your home features in the backdrop of a lifestyle shoot, it’s worth considering whether you will be pleased with photographs that show it as it is now, or would prefer to wait until you’ve unpacked the boxes, finished renovations or have the nursery ready.  You may be ready to go now and have a lifestyle newborn shoot, or prefer to have a bit more time to get everything just the way you’d like it to be for a three month photo shoot .

3. What do you want the photographs to capture?

Babies change so much during the first three months, and you may start to see their preferences emerge very early on. However, it’s not until they reach 3-4 months that you can really capture their personality in photographs – once your baby is smiling socially, and has more control over their head and limbs.

Both older newborn and three month baby photographs will capture incredibly precious times – newborn photographs will likely focus on how tiny your baby still is, and your connection with them. At three months the photographs will be able to capture your baby’s expressions and smiles too. Considering these differences may make it easier for you to decide between having a shoot at the two different ages.

When your baby is just a few weeks old, it can be difficult to imagine how they will be at three months. And I completely understand that choosing between a lifestyle newborn shoot, or a shoot at 3 months old may not be easy. If you’re faced with this decision I hope that this guide helps you to decide which option is right for you.

If you have any other questions about baby photography you can send me a message here, or let me know in the comments below.

You may find these articles helpful too: 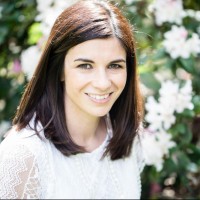 I specialise in timeless, natural photography and offer studio sessions, and lifestyle shoots outdoors and at home.

I'm based on the Surrey / London border, close to Hampton Court.

To find out more, book a shoot or just ask a question please do get in touch.

We use cookies to help us improve, promote, and protect our services. By continuing to use the site you are agreeing to our cookie policy.OkCookie Policy